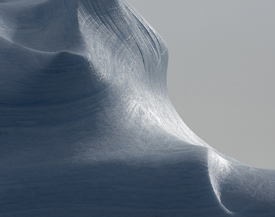 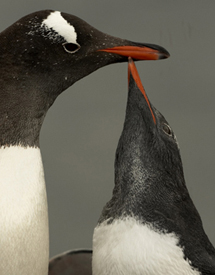 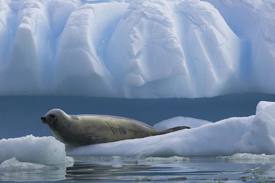 Question of the Month
Is a Trip to Antarctica Worth Doing? 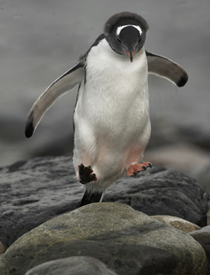 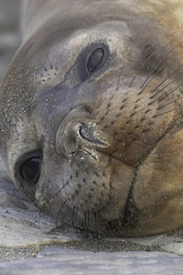 The most remote of the seven continents is, of course, Antarctica, and for well-traveled tourists and photographers Antarctica certainly acts as a lure, an ultimate symbol in some ways, of one's travel dossier and experiences. Tour companies and cruise ships have certainly capitalized upon the 'tourist destination' role Antarctica can play, and in towns like Ushuaia, Argentina, some truly enormous ships come to port, for trips around the Horn and into the Fjords of Chile or to do 'milk runs' to the Antarctica Peninsula for travelers to check off another, perhaps their last, continent. For a serious wildlife photographer, such a trip would be an absolute nightmare.

Mary and I just returned from a trip to Antarctica, employed as one of the leaders for a Joseph Van Os Photo Safaris tour, and several of our long-time friends/tour participants joined us on the trip. For them, and for us, this type of trip was quite different because an endeavor of this nature precludes having small groups, the types of trips all of us were accustomed to doing. But that is a big part of the game of doing an Antarctica trip, for several reasons, including expense, for smaller boats, with fewer people, still use huge amounts of fuel. Small boats have the potential of being less stable as well, a fact that would be very much in evidence on bad seas separating South Georgia Island and the Antarctic peninsula from the Falklands or the South American mainland. I'd suspect, too, that you'd have nearly as many instances of people 'in your picture' with a group of 50 as you would with a group of 90, as Murphy's Law usually plays its inevitable role in these situations. That said, all of the folks that normally travel with Mary and I loved the trip, were extremely happy they went, and were very pleased with the shooting they did. "It was a great trip," was the universal quote. 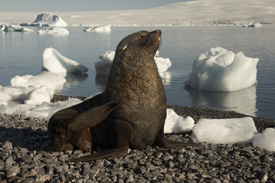 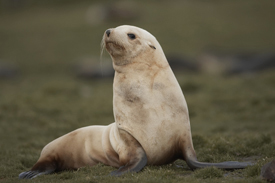 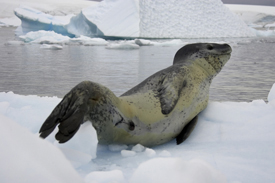 So, with that little preamble, is a trip to Antarctica worth doing? Yes, provided the island of South Georgia is included in your itinerary as well. Otherwise, I'd question whether or not a trip to the peninsula alone would be worth the expense, unless it was a special cruise concentrating on penguin colonies, and certainly excepting a voyage to the Emperor Penguins that are very target-specific expeditions. A trip to the Antarctic peninsula alone, while shorter and probably less expensive than one that includes South Georgia in the itinerary, might, might be worth the trip in terms of time invested and cost, but I'd look very carefully at the itinerary and hoped-for landings.

I call specific attention to South Georgia because this mid-Atlantic island, an easy 800 miles from the nearest point on the Antarctic continent, is generally grouped in with the idea, the ecosystem, of Antarctica. Many books on Antarctica include South Georgia wildlife as a standard part of the text, and one book, the excellent 'Antarctic Oasis' deals exclusively with the island of South Georgia, so it's easy to see how one could, without doing a bit of research, expect South Georgia's wildlife and scenics to be a part of an Antarctic peninsula package. The better cruises, like the one we just made, includes South Georgia on the itinerary and the best cruises devote several days to this important location. Our's had six, and by any measure would have to be considered in that 'best cruise' category.

As the trip report illustrates further, the photography was spectacular. In some ways, quality bird photography, especially for particular behaviors that may require multiple visits to the same nest or area, may be easier for some species also found in the Falklands, where several penguin species and one albatross nest. However, the landscape, the grandeur, and the sheer diversity of spectacular, exciting species on a South Georgia/Antarctica trip far exceeds that which is possible in the Falklands. Mary and I love the Falklands, but truly there is nothing like South Georgia/Antarctica for epic shooting.

So, the answer is Yes, of course. If you're interested in doing a trip, just be sure of your itinerary and follow some of the guides I've just listed. If you do, you'll love it! 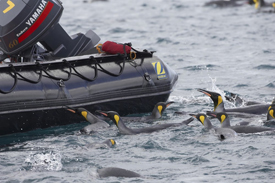