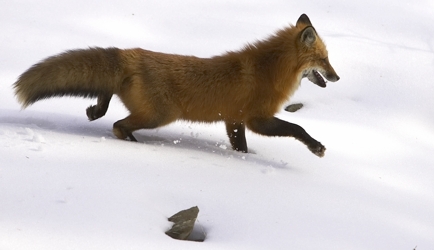 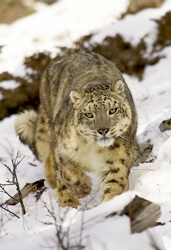 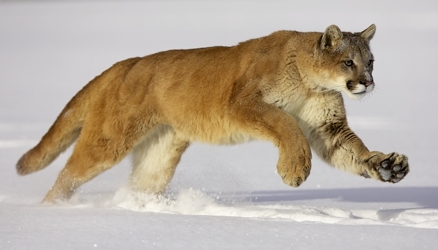 Our 2006 Fall Photo Tours to Animals of Montana are now on line.

Last fall, I scouted Animals of Montana, with the idea of offering future shoots at this facility, and as my trip report stated, it was a spectacular shoot. I was hooked, but I wanted to scout out some other seasons as well, again with the hopes of doing photo shoots at other times of the year. Accordingly, I joined my friends Warren Magil, Walt Anderson, and Sam Maglione on a 4-day shoot where we concentrated on action shots, particularly animals running at the camera. 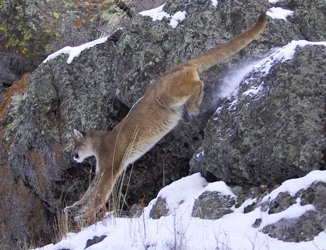 The images posted say everything -- the shoot was, quite simply, the best captive animal shoot I've ever done. Period. We worked on a few major subjects - pumas (cougars), Siberian tigers, and gray wolves (timber wolves) for our running shots, and Snow Leopards, Canadian lynx, and red fox for our portraits. In four days of shooting we had innumerable opportunities to get our action shots -- so many, in fact, that deciding which ones to post, which ones to print, and which ones to keep for our sales stock almost seems an impossible task! For example, my 'keeper' file of running puma is over 450 images -- these are all sharp, with the legs where I want them, in the poses I wanted. That's not counting the shots that were sharp where the legs were in a position I didn't like, or the framing wasn't just right, or, as rare as it might be, where I missed focus. The last point is a joke, of course -- at least the 'rare' part. 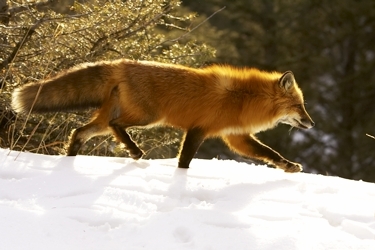 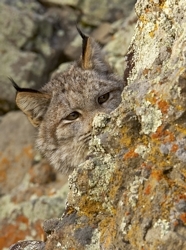 Now, it is possible that some viewers might think that with these types of numbers I should have captured better images than those you're seeing. If so, that's the fault of this photographer, and not the fault of the shooting opportunity, which was absolutely incredible. And regarding this opportunity, I can't tell you how much I've been lusting over the chance to shoot wolves and pumas and tigers running straight at the camera. I did a bit of this years ago, back in the stone age of shooting film, but those chances were minimal and so tough. With my only other chances to do so, most of those runs involved short 'chase the tail' bursts, or rather chaotic bouts where wolves ran about with little sense of direction. Success was minimal. 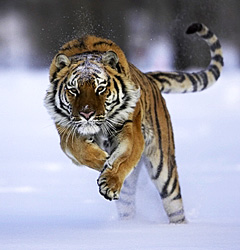 Siberian tiger on the run - one exciting shoot!

Now, with digital (see Question of the Month) and Autofocus, all of us were free to truly capitalize on an extraordinary opportunity. Troy Hyde, the owner and trainer of the animals of Animals of Montana, had complete control over the animals we were shooting so we had five wolves, a tiger, and two different pumas running towards us repeatedly, straight on, at a 45 degree angle, and side-ways, depending upon what we wanted to do. Further, I've not had the chance in many years to shoot these types of animals at ground level, but here we were shooting all from a ground-level (make that snow-level) perspective. Truly awesome! 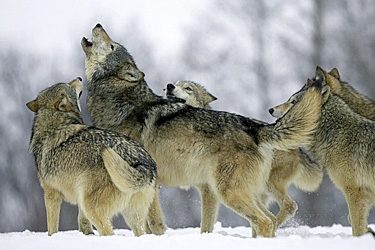 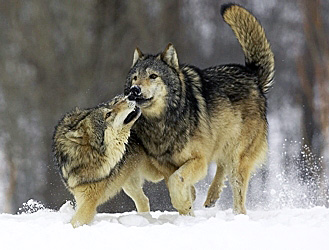 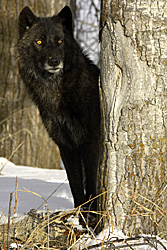 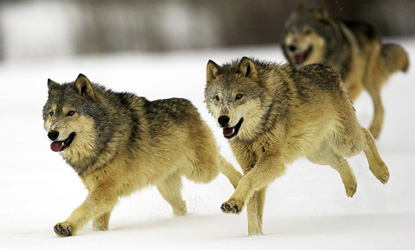 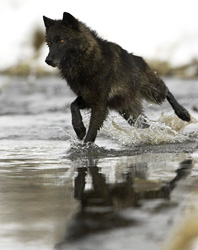 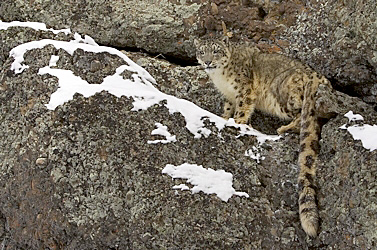 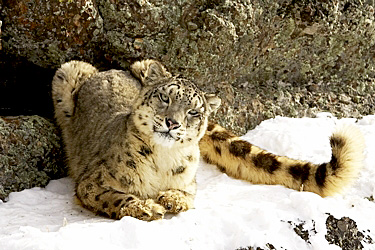 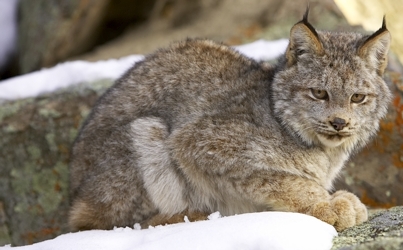 (Canadian Lynx, Left) Hopefully, if you've read this far, you're not adverse to shooting captive animals. I know there are some critics, but one of the reasons I'm a photographer is that I simply love to celebrate life, to capture nature in all its forms, in as spectacular a fashion as I can. I have photographed WILD pumas, tigers, and wolves, and while this has always been a thrill the potential of the subject is compromised. No one, to my knowledge, has ever photographed a wild puma charging head-on towards the camera, and I doubt if anyone has done so with a pack of wolves or a Siberian tiger, either. Shooting trained, captive predators allows one to do so, and in doing so, to capture images not otherwise possible. And in doing so, I'm capturing poses, BEAUTY, energy, and an essential animal essence that can't otherwise be done. To me, these images celebrate the power and beauty and grace of these animals like no others can, and to me, that's a very beautiful thing.

We loved this shoot so much that we're planning on conducting one or two Photo Tours to Animals of Montana next January. I suspect there's plenty of photographers that would like to obtain images similar to these, so I suspect spaces for this tour will not be available for very long. If you are interested, please contact our office ASAP and we'll notify you about the tour before we actually post it on the website. It's the best.