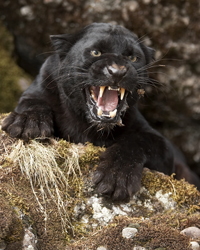 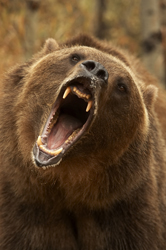 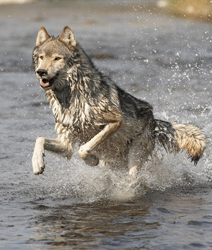 Although I've shot at Animals of Montana on two previous occasions, all of these being on private or small, personal group shoots, I had not photographed A of Mt with a group. This fall, prior to and post to our Yellowstone Fall Wildlife Photo Tours, we did two Model Shoots, and they were terrific. Over the years I had led tours to two other wildlife model areas, and although I obtained great shots at both of them, the images and the opportunities did not compare with what we've been able to do at A of Mt (check out our 2007 brochure).

Both of our tours shot all of the major subjects, with some variation per group with the optional animals. All of the groups shot the Siberian tiger, snow leopard, black leopard, puma, bobcat, lynx, red fox, gray wolf, black bear, grizzly bear, and badger, and, depending on the group, we also filmed a beautiful male African lion, gray fox, fisher, and pine marten. Our days were very busy!

Our tours consisted of three shooting days with a rain day built in, in case one of the three scheduled days was weathered out. As it turned out, the weather cooperated for the three days of shooting, giving us a fourth, optional day to redo some of the species. On Shoot One, we did a repeat shoot of a grizzly bear, running wolves, and running pumas, while on Shoot Two, because of bad weather, we did another shoot of the puma.

The images, I hope, will speak for themselves, but all of the participants wanted to have me stress that if you're thinking of joining us on a shoot here make sure you bring plenty of cards and plenty of backup storage for the images you shoot! Since a typical laptop holds about 100 gb, which includes whatever you already have on your laptop, actual storage can be 80 gb or less. 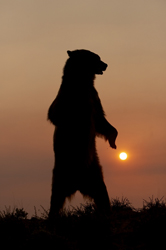 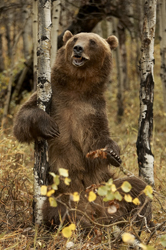 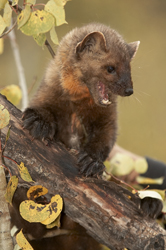 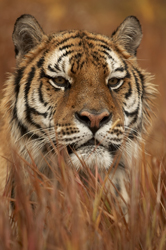 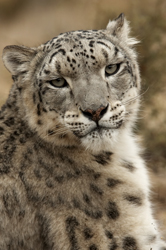 Flashtraks, Epson 4000s, etc. hold 80 gb or less, and while that seems like a lot of storage, our groups of photographers threatened to fill up all their drives! We surveyed our groups for the number of images, on an average, that they shot per AM or PM session, and the range was between 6 and 14 gb. That's as much as 28 gb per day, and we have 3 days of scheduled shooting, and a fourth bonus day if the weather cooperates.
I shoot a fair amount - after all, it's only pixels, but on our last full day of this year's shoot, when we couldn't start until almost 11AM and shot only four subjects - a Siberian tiger, snow leopard, running gray wolves, and a raccoon, I shot almost 14 gb! 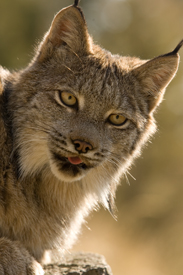 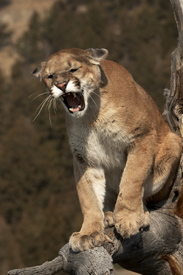 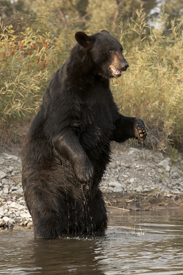 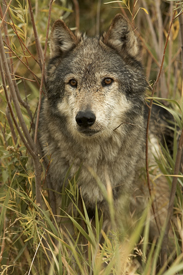 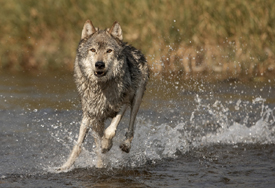 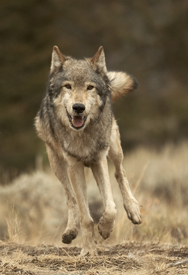 Gray Wolves - each tour did at least two sessions including plenty of action and portraits. 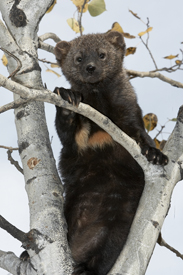 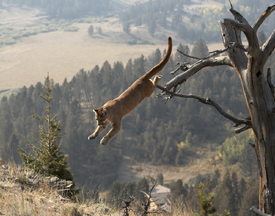 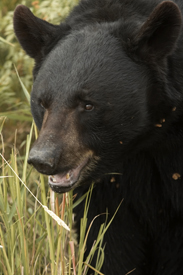 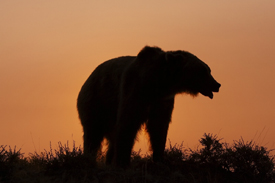 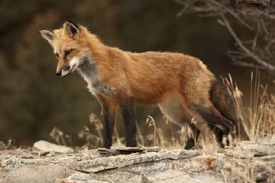 Admittedly, that is a lot of shooting, and 14 gb represents about 1,400 images with my 1D Mark IIn, or close to 40 rolls of film if I were still shooting 36 exposure rolls. Back when I was shooting film, I'd generally budget 100 rolls of film for 6 or 7 days of shooting, expecting to shoot about 50 for that period of time. Of course, with digital, the shooting is free (assuming you have enough cards) so I'm free to shoot more, and doing so, I am most definitely capturing action sequences that I never did before.

Our shoots were successful for several reasons, including the luck we had with the weather and the fortuitous turn with the foliage, which starting changing during our first shoot and continued, two weeks later, with our last group. The groups were easy-going and enthusiastic, and that always makes Mary and my job easier, as well as that of the animal trainers. Of course, the true success of the shoot lies there, for the handlers - Troy Hyde, the owner, and his Australian assistant, Demetri, were incredible.

One quick anecdote will suffice. Troy trains many of the animals to honor a 'mark,' a spot where they go to and stand. That's often a rock, and one of his young grizzly bears, took this training to a comical degree. The bear went to its mark but wanted to move, so the bear would grasp the rock in its forepaws and slide around with it, staying 'on mark' and following its training while it moved about. Hopefully this sounds funny because it was hysterical to watch, once we (the photographers) caught on to what it was doing.

Next year, because of a very tight fall schedule we will only be able to do one fall Animals of Montana shoot, but we intend to do at least two in 2008. I'd suggest you get on to our 'first contact list' ASAP if you'd like to join us. It truly is a premiere shoot. Please take a look at our brochure for this exciting photo shoot.