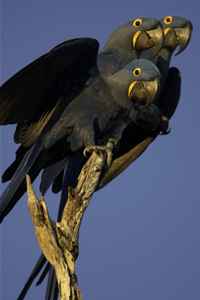 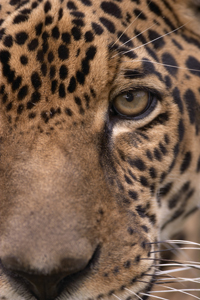 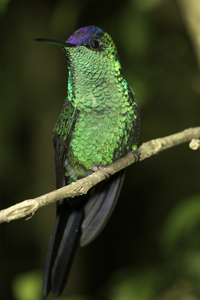 In late May and early June, in the beginning of the Pantanal's dry season where and I explored several different locations in Brazil's Pantanal, the largest wetlands in the world with over 50,000 square miles of wild land and wetland.

Mary shot digital and film, and I shot exclusively digital, using an EOS 1D Mark II for most of my action work. Mary used a borrowed EOS 10D, which gave her a 1.6X magnification with any lens she was using.

One only thinks of Brazil as being warm, but in early June it is winter in the southern Hemisphere and the cloud-forest like habitat along the Atlantic Rain Forest of Itatiaia was quite cool. We weren't prepared, and we wore everything we had. Fortunately, cold to Pennsylvania's is relative, and we weren't nearly as bundled as our Brazilian guides!

The feeder activity was incredible. We had six or more species of Tanager -- most far more colorful than any of our US species, toucanets, toucans, thrushes, hummingbirds, trogans, and more. At a roadside garbage collection site, where foodstuffs probably accumulate and where people feed the monkeys that gather, we shot brown capuchin monkeys as they clambered about the bamboo seeking handouts. Toucanets visited feeders at some of the local lodge, like the one below. 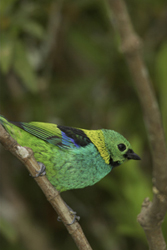 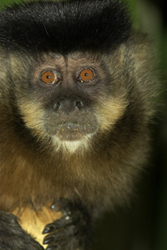 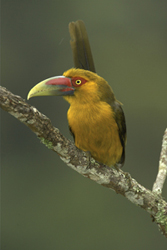 After we left Itatiaia we headed to the Pantanal, which probably resembles, on a grand scale, what the Florida Everglades looked like 150 years ago. In 1940 it has been estimated that there were 10% the number of birds present in 1900 in the Everglades, and by 1980 only 10% of that number! The Pantanal is still wilderness, and the wildlife abounds. 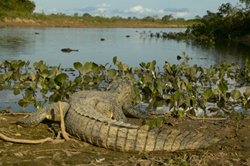 Atone of our lodges no fewer than 30 spectacles caimens of 6 feet or so basked on the dusty road that led to our lodge. Hyacinth macaws, the world's largest parrot, nested at the ranch/lodge and pairs and clusters of as many as 8 birds circles about the grounds, squawking noisily. Getting close to the macaws was no problem at all.

At another location we 'baited' crested caracaras with paranahs and other fish we had either caught ourselves --- Mary caught a piranha! -- or that we bought from local fishermen. At one time we had as many as a dozen caracaras around us, all within easy reach of a 600mm lens. Occasionally a caracara would toss its head back in a vocal/visual display as it rattled out a call, annoyed at the black vultures attempting to steal the fish.

Amazingly enough, when one thinks of the Everglades comparison, the SNAIL KITE or Everglades Kite is practically a 'junk bird' down there, for one is spotted over wet areas about every 100 yards. Raptors, in general, where common, and we photographed all of the most common species well -- Roadside Hawk, Savannah Hawk, Crested Caracara, Black-collared Hawk, and Snail Kite, as well as getting shots of three other species. 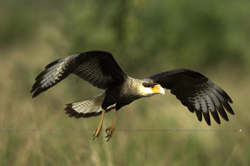 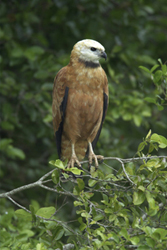 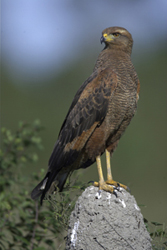 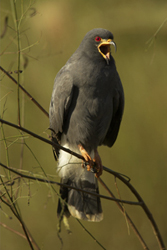 Wetland bird species were reasonably abundant since it was only the beginning of the dry season, but we saw all the species of waders one would expect and filmed, well, almost all of those. Songbirds, like the Brazilian cardinal and the Great Kiskadee were often seen, and all were filmed either from our vehicle or while on foot. Birds were tame. 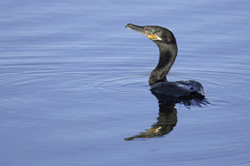 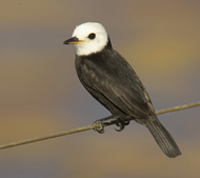 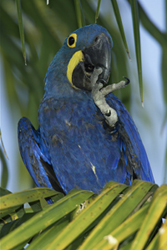 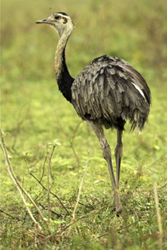 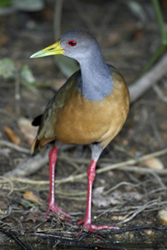 If you have ever tried photographing KINGFISHERS in the US you know how difficult that can be. We saw four different species and missed, by a second, all but three. Using the EOS 1D Mark II I was able to capture a few razor-sharp images of flying Giant Kingfishers, and several web-sharp near misses. All of the shots illustrated were made on foot! 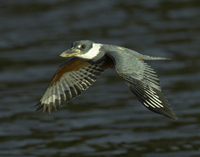 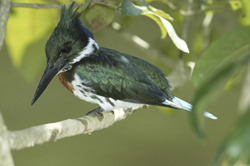 We spent almost 5 full days in the Pantanal, and I could have easily spent another 5 really working subjects, and exploring the semi-open forest/jungle for trogans, parrots, potoos, macro subjects and more.

To scout as much of southern Brazil as we could we headed to a new area that proved less productive -- although the weather didn't cooperate and may have biased our feelings -- before concluding our trip at two zoos or private collections which only displayed native Brazilian wildlife.

If you've seen spectacular giant otter images in books, chances are they were shot at the Zoo we visited (despite the lack of a captive symbol or caption saying so!). We were inside the enclosure with the otters which were directed about by the Zoo's keeper tossing bits of piranha to the 6 foot long otters. Amazing shots. We were inside an enclosure with the Collared anteater, aka Tamandua, and with Ocelots, Crab-eating Foxes, and Tapirs. I literally scratched the back of a jaguar that passed by, separated by chain-link, and I was careful to keep my finders on my side of the fence. I wasn't keen about visiting a zoo but I've never been to one more cooperative for helping photographers and truly target rich. 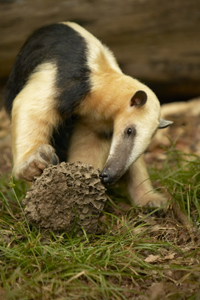 Next year, at the beginning of June we're planning on returning to the Pantanal with a small group. If you are interested, contact our office ASAP. Details in our brochure will be available shortly! 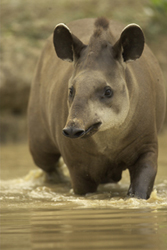